China remains the world’s first largest exporter of textiles and clothing in 2016 !

According to the newly published World Trade Statistical Review 2017 by the World Trade Organization (WTO), the current dollar value of world textiles and apparel exports totalled US$ 284 billion and US$ 444 billion respectively in 2016. 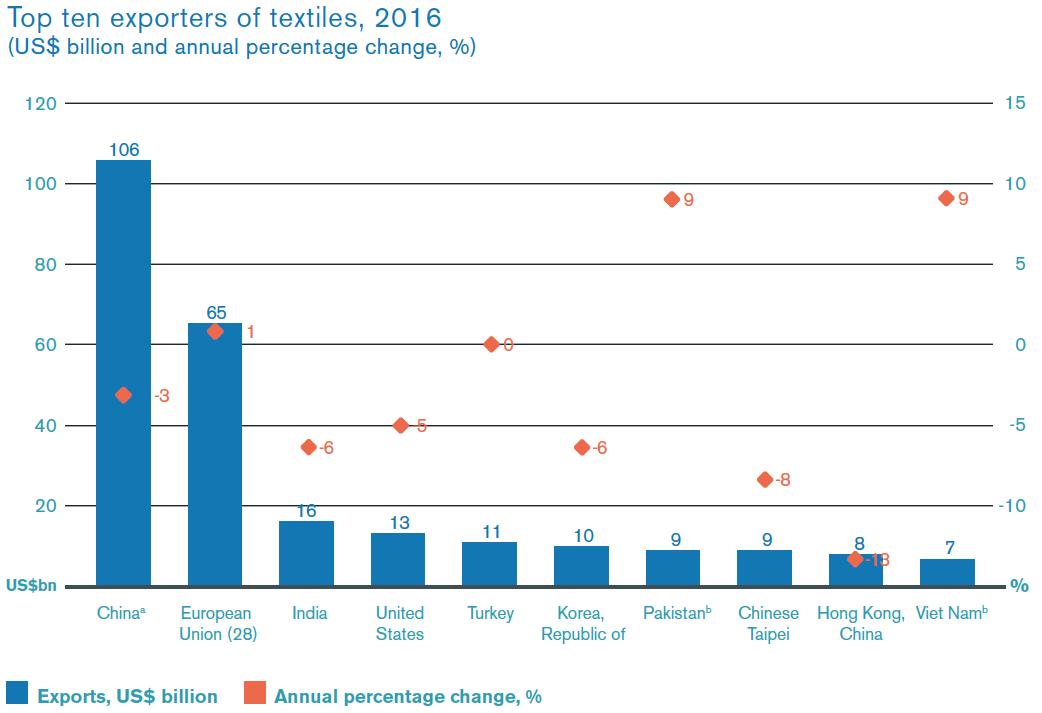 EU exports of clothing increased by 4 per cent in 2016, reaching a market share of 26 per cent. The highest increases were recorded by Cambodia and Bangladesh (+6 per cent for both countries). Exports of China and the United States declined the most (-7 per cent and -6 per cent respectively). 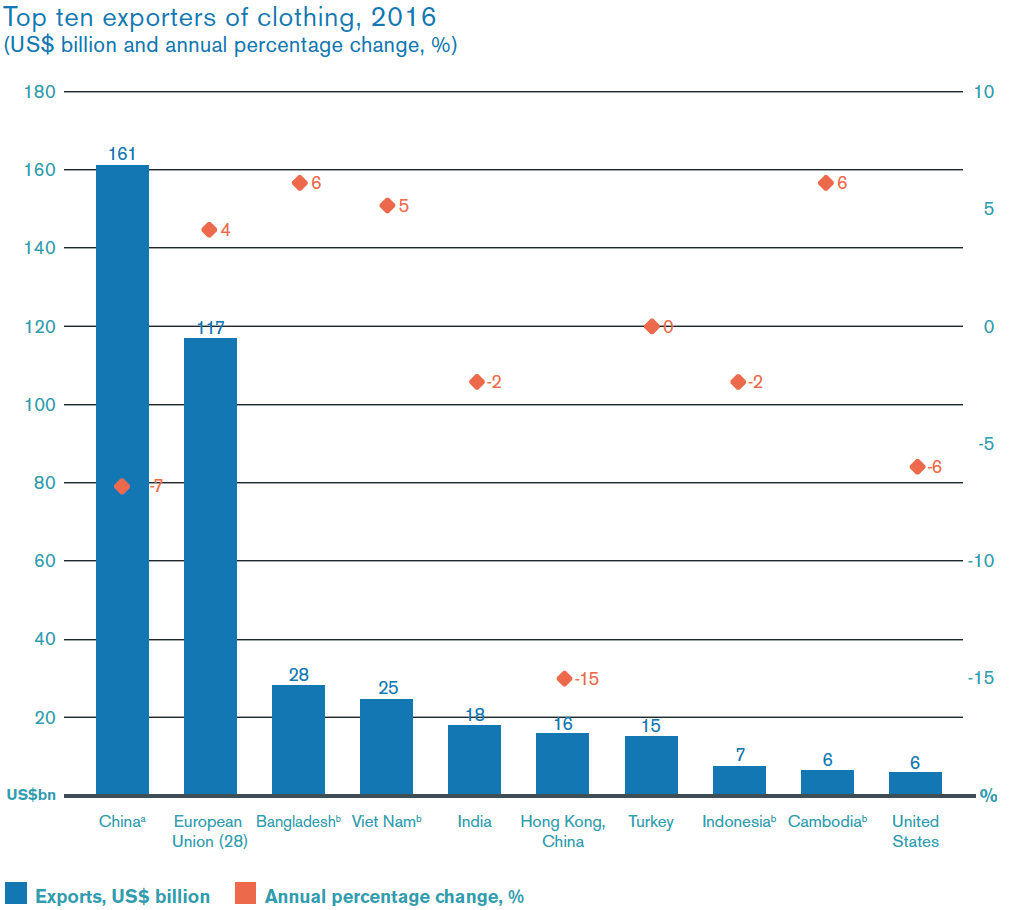